Lover: The Evolution of Taylor Swift
October 20, 2019 in Music
Previous:
Crazy Rich Asians: Socioeconomic Mismatch and The Farewell
Next:
2019: Frozen in Time

We all remember the vengeful spirit of Taylor Swift. From claiming that "there's nothing I do better than revenge" to "bandaids don’t fix bullet holes," a certain part of her discography was dedicated to feuds and lost loves. Just two years ago, Taylor can be seen burning bridges and throwing shades, (in addition to being presumably dead) in the music video for "Look What You Made Me Do."

If reputation were a product of the venom and frustration that consumed her in the aftermaths of the Kim-Kanye controversy, then Lover is the complete antithesis of that. With her newest release, Taylor delivers her most stylistically diverse and artistically complete body of work yet, featuring poignant introspection, playful maturity, and most importantly, a grand forgiveness, for both her enemies and herself.

Regardless of the outcome of the drama, the existence of this album is proof of Taylor taking confident strides away from the days of bitter blame games. Realizing that contentions only feed into the bloodthirsty, clickbaity headline culture of today, Taylor also concludes that there are more important issues in life, such as the health of family members ("Soon You'll Get Better"), political advocacy ("The Man"), and finding the one true love ("Lover").

A Past in the Past

In 2006, Taylor Swift debuted as a country princess. She was heralded as "America's Sweetheart," that curly-haired girl next door who sang about love stories and fairytales. To be fair, it was fine for the 17-years-old Taylor to be petty, to sing about failed relationships and shitty boyfriends. But it did become problematic when people, including herself, seemed to forget that sweethearts grow up too, just like prom queens do not stay young forever and memories someday fade. When she gradually became complacent with an immaturity that resorted to triviality and revenge, it felt like a stagnancy in her creative direction.

The halos also meant heightened expectation from fans and critics alike. During the release for 1989, both Swift and her music were recognized as perfection in the Pop universe. She had the flawless image, soaring sales numbers, all-star team of friends, and an award-winning album. Yet while she has reaped the benefits of media exposure, she also suffered — because public perception is an odd thing - the same people that crowned you can turn against you just as quickly. In today's stan-or-cancelled culture, the perfection demanded by the public can be exhausting. According to a recent interview with The Rolling Stone, Taylor stated that “[people] decided in 2016 that absolutely everything about me was wrong. If I did something good, it was for the wrong reasons. If I did something brave, I didn’t do it correctly. If I stood up for myself, I was throwing a tantrum. And so I found myself in this endless mockery echo chamber.” 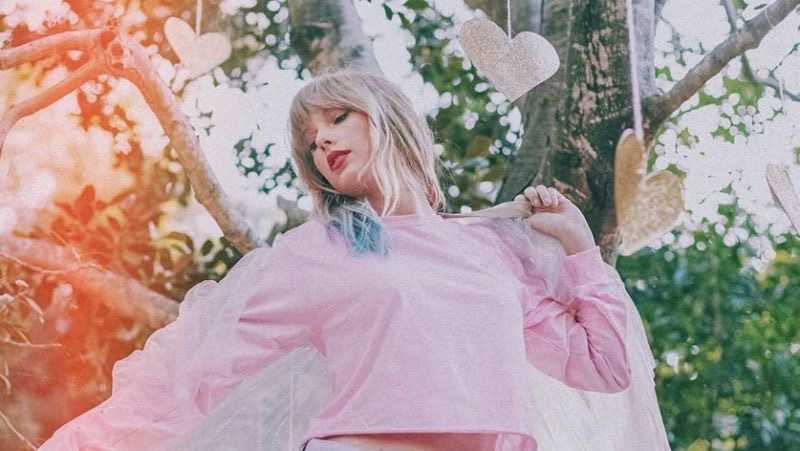 In some bizarre way, however, her fall from grace also prompted the evolution of her artistry. Her once-teenager audience are now adults, and it seemed appropriate for her to grow out of the expectations and halos that once chained her. She did lose her perfect image, but in the death of her reputation, she became aware of the delicacy of herself.

"The Archer" is Taylor's attempt to face that delicate part of her. The drum beats build a looming anxiety that lasts for the entirety of the track, creating an anticipation for climax, yet never reaching a cathartic moment. By depicting the uncertainty inherent to love, the song also reminds us that uncertainty is simply a fact of life, that things often do not have definitive ends, that somethings just become forgotten, trail off, and reach nowhere.

In that achingly sad moment of introspection, Taylor becomes aware of her shattered self as the veneers peeled away — she realizes that anyone can see right through her, just as she sings "I see right through me." As the weariness finally washes over, the desperation for someone to stick around this time highlights precisely how there is no guarantee of it. After half a decade of jumping from romances, she understands that love stories are not as simple as "baby just say yes." They may be complicated, messy, and inconclusive. Fairytales do not exist in real life, and if you want something, you have to fight for it — whether it be truth, vindication, or love.

I guess the lesson Lover brings is knowing ourselves. Understanding our own fragility makes us more accepting of others. Understanding our own defects makes us braver and more honest. "I Forgot That You Existed," with playful and light presentation, contrasts greatly against the dark, gothic tracks from reputation. "It's Nice To Have A Friend," is the other side to "This Is Why We Can't Have Nice Things." Through a celebration of love and passion, she has learned to forgive.

As dramas of the past dissipate, as the happy, the unhappy, the fortunate, and the unfortunate fade, Taylor Swift, in the spirit of moving on, bathes in "Daylight" and proclaims that "I wanna be defined by the things that I love. Not the things I hate. Not the things I'm afraid of, or the things that haunt me in the middle of the night." She cannot remain America's Sweetheart forever. Nobody can. Just like Rihanna's modeling career and Gaga's makeup line, there comes a time for Taylor to find her own voice. This time around, Taylor Swift announces that she will not be defined by resentment or snake emojis. Instead, she would like to be remembered by forgiveness, self-care, and maturity.

Everyone makes mistakes. We can all be seized by vengeance and rage. But more importantly, we also grow up, encounter ourselves, and find the things that matter more. Leaving the bad in the past — that is the victor's attitude. Being defined by what you love — that is Lover.